St. Aloysius College (Autonomous), Mangaluru organized a seminar titled, “Socio-cultural Issues and their Impact on Health” under UGC-STRIDE programme.  The eminent speaker, Dr. Javed Jamil, the Chair in Islamic Studies and Research at the Yenepoya (Deemed to be University) delivered the talk on Thursday, the 16th of December 2021 at Sanidhya Hall, St Aloysius College (Autonomous). 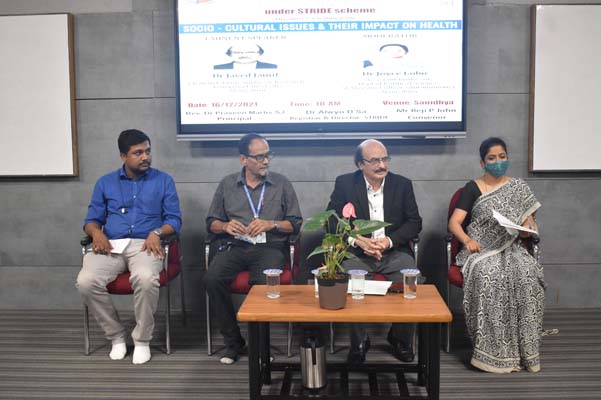 Dr. Jamil is a renowned professor, thinker, Islamic scholar and author. A doctor by profession and Islamic scholar by passion, he has been able to blend his knowledge with the understanding of the present world that many a times ignores the true values and practices that religion imparts. Dr. Jamil’s recent books include, “Economics First or Health First?”, “Justice Imprisoned”, “A Systematic Study of the Holy Qur’an” among others. 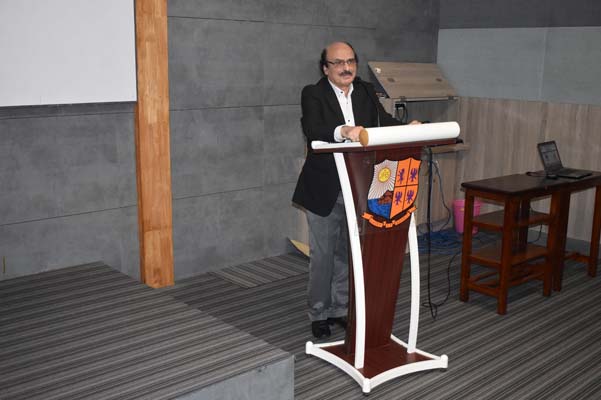 Dr. Jamil argued that religion is challenged by economic fundamentalism where the dominance of market forces can be felt in world affairs today. The market economy, which is largely West based, has targeted the ideals of religion, family system, and consumption of goods and services. In the meanwhile, it has not been able to give permanent solution to issues like female feticide, suicides or diseases like HIV/AIDS. Dr Jamil pointed out that religions like Islam, Hinduism, Christianity and Buddhism preach religious morality in terms of promoting healthy family systems, healthy practices of consumption, respect for women, and in general promotion of scientifically proven health practices that religion promotes. Dr. Jamil, therefore concluded that not religious identity, but religious morality can unify the believers of major religions both within and outside India. 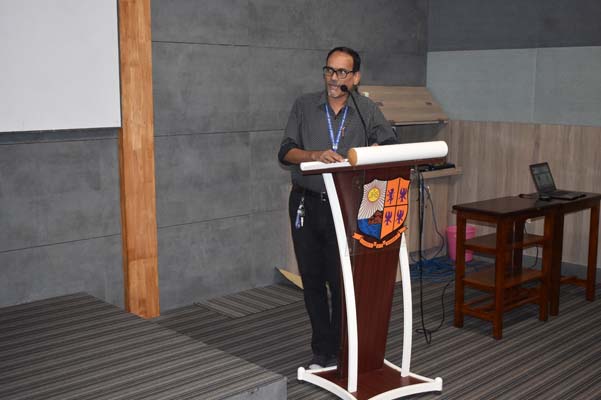 Dr. Alwyn D’Sa, the Registrar and the Director of UGC-STRIDE programme at St Aloysius College (Autonomous) delivered the presidential remarks while highlighting the importance of holding talks on socio-cultural issues. 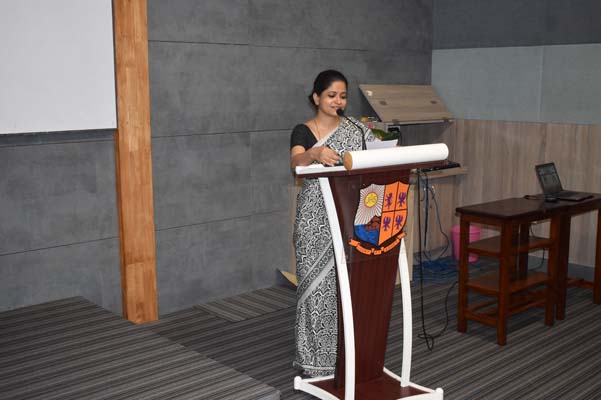 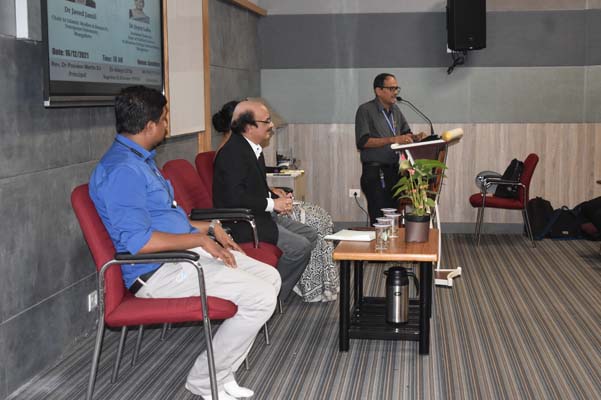