December 19, 2020 was a milestone at The Institute of Konkani, St. Aloysius College (Autonomous), Mangaluru, which will go down in Konkani history. 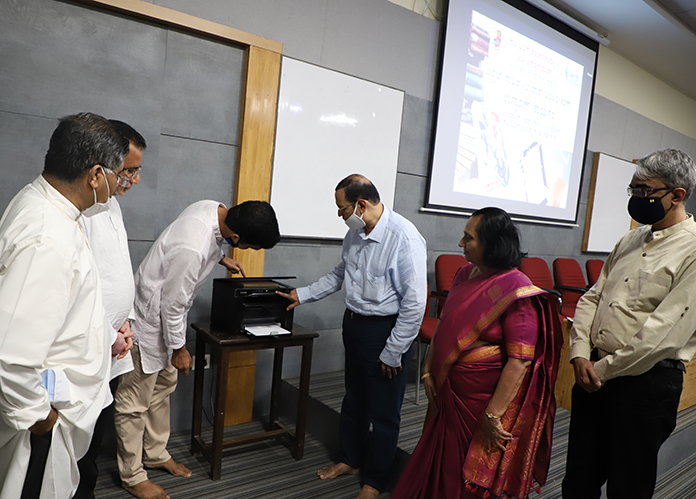 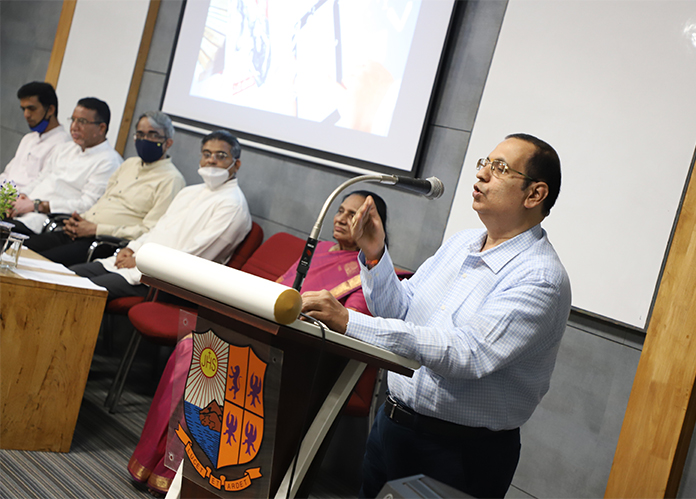 Welcoming the gathering, in his inaugural address, the President of the programme  Dr(Fr.) Melwyn Pinto,SJ Rector of St.Aloysius College said that even after  the demise of Shri A T Lobo, the great konkani writer we could still feel his presence in our midst;  he said that the period during which such a prolific  writer as Shri A T Lobo wrote, can be considered  the golden age of Konkani writing in spite of all the trials and difficulties faced during those transforming days. Socially and  culturally seen as a very vibrant and productive period for our regional Konkani literature. 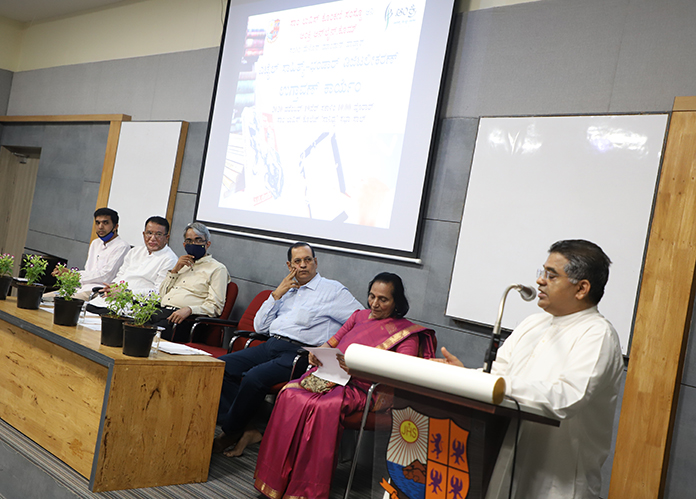 Gurudatt Baliga, Director,  Vishwa Konkani Kendra, Shakthinagar,  gave an enlightening talk on digitalization of old books, he stressed  that St Aloysius College is the one great factor,  as a home for konkani and it's 42 groups of diverse user speakers of Konkani from different communties. "This great institution has worked tirelessly for the development of Konkani as a language and culture for more than a 100 years . Therefore it’s a matter  of great satisfaction and joy that such an institution should take up the work of digitalization of the works of Shri A T Lobo.  This type of digitalization of the regional works of Shri A T Lobo will now be
accessible to people internationally."  Further, he reiterated  that the process of digitization was a multifold one,  including scanning and converting the text into OCR, this then can be translated , transliterated, into  any number of languages. Besides, the font format can also be changed. In future this venture can be
used with the help of artificial intelligence to generate 6 th volume from the existing 5 volumes of ATL's  famous novel “ Vell Gheddi”. We wish to assure you at St. Aloysius College that Vishwa Konkani Kendra is  ever willing to extend a keen and heartfelt support to all the literary endeavours of the konkani institute. 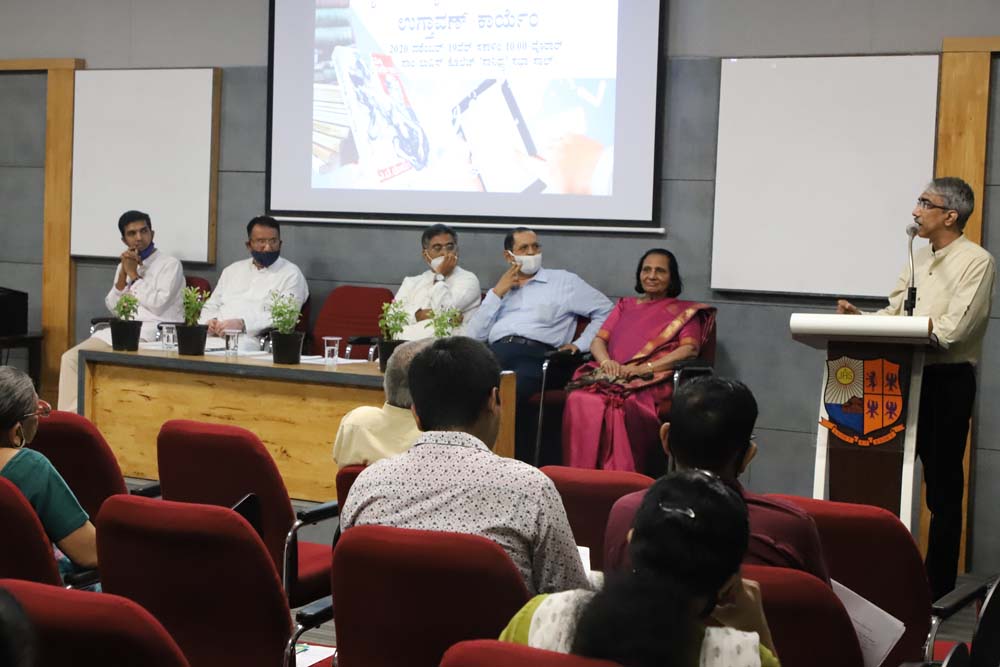 Rector, Fr. Melwin Pinto, concurred with Shri Gurudatt Baliga and Shri K Jagadish Pai and said that this digitalization of Shri A T Lobo's works would help bring out his books from dusty shelves and cupboards into a virtual world available to all. One major reason why people do not elicit interest in books is that their fragile condition after being kept in library shelves for years.   Digitalization will encourage readers to access works of literature from their own locales. Therefore we need to work hard to facilitate the transition of books in their physical state to a virtual one. 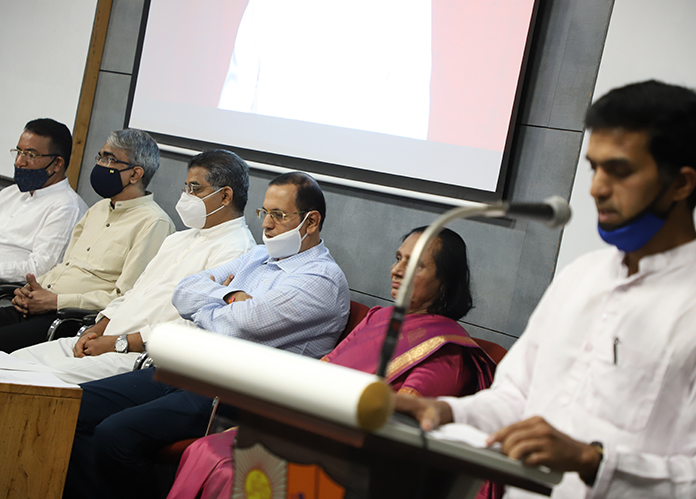 Rev Fr. Praveen Martis SJ, Principal noted that the Konkani institute, which is 41 years old now, was begun to commemorate 100 years of services of St. Aloysius Institutions. He said that the Konkani Institute has been working hard over these years for the social cultural and linguistic development of Konkani in this region.  In this direction the institute has for the past 40 years been publishing or bringing out Bi-annual editions of a research oriented journal called "Amar Konkani" the Institute has always accorded great importance to research, apart from the recent efforts to digitise old books in the light of the work going on to get
recognition of St. Aloysius Institution as deemed  university, the contribution of the Konkani Institute towards the growth of the language and research is now parallel to the work done in various departments of this historical college of Mangaluru. 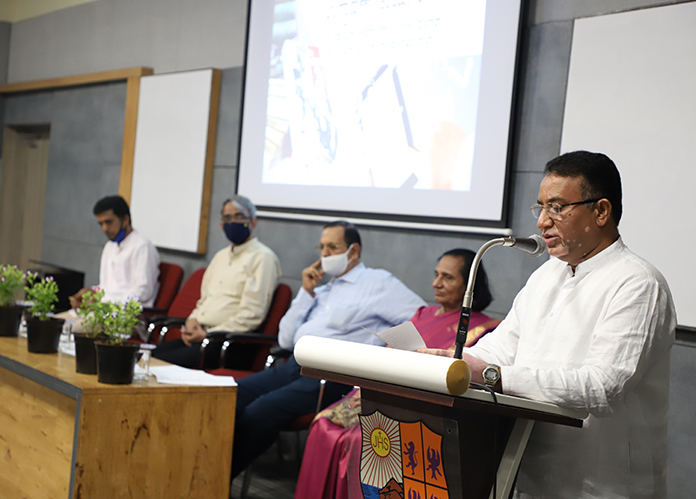 Mrs Alice Lobo, president of A.T. Lobo foundation was present on the dias. 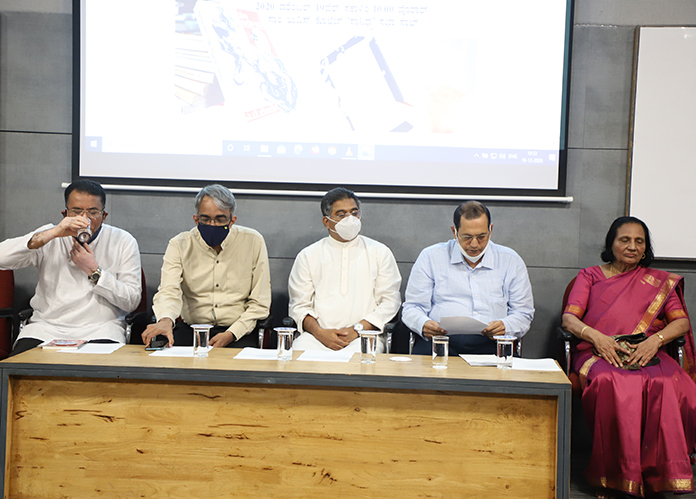 At the beginning of the programme Dr (Fr) Melwyn Pinto welcomed the gathering. In his welcome speech he said that despite of the demise of Shri A T Lobo a great konkani writer we could still feel his presence in our midst in his literature. The period during which such great writer as late AT Lobo wrote can be considered as the golden age of Konkani writing inspite of all the trials and difficluties faced during those changing days.
Joachim Pinto, the program coordinator proposed vote of thanks. Mr Raoul Samuel Noronha, first year student of SAC compered the programme. 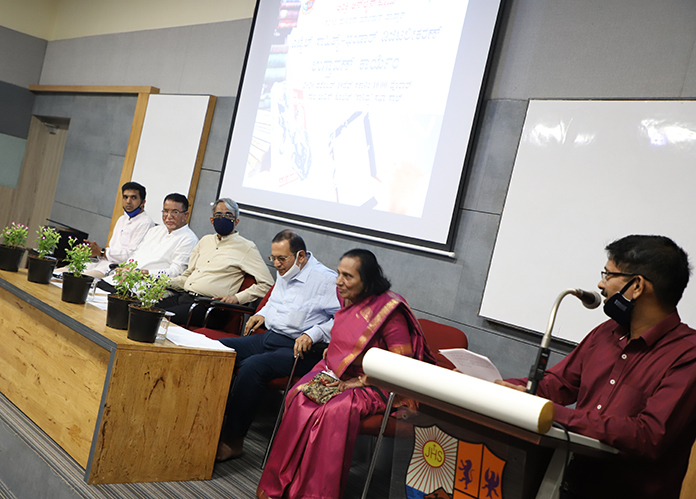